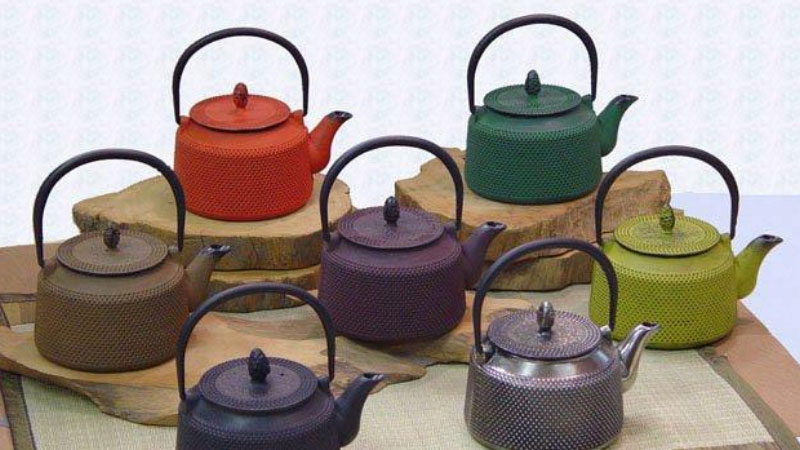 Endorsed by professional chefs, embraced by the home cooks and amateur cooks in fancy restaurants, cast iron wares are gaining more popularity every day. One of them that are getting in every home is the cast iron teapots, otherwise known as the Tetsubin.

After seeing all the popularity, you are probably wondering about getting one. While that thought was in the back of your head, you probably have also wondered that are cast iron teapots healthy or not.

Well, we are here to answer you that, and alongside that, we are going to provide you all the information that you need to know before you get one.

Let us talk about the history behind these fancy teapots first. As we mentioned, they are known as ‘Tetsubin’ in Japan. These types of teapots are here for centuries. The first appearance of them dates back to the ancient 17th century.

It was in the Nambu Tekki category, which holds all the cast iron utensils that were produced in the Nambu area. The skilled artisans only crafted these.

However, they did not gain popularity that much in that period. It saw a growing demand after World War II. But the designs saw a dramatic shift in that era.

They were relatively minimalistic and was pared-down by having intricate decorations on them. These are generally found in museums and private collections. Albeit they are extremely limited in number.

After that, in the late 90th century, a new design emerged. These were crafted in the western and European regions. By then, many workshops had the required knowledge about the footprint and the crafting procedure because of the collaborations that they did with the international designers.

A new chapter began for these teapots. It became more accessible and began gaining popularity.

Now, the idea of having a teapot is quite simple. You brew tea in it. However, the case is a little different for the Tetsubin. These have a slow brewing process. It is considered as a tradition to brew the tea slow in these teapots.

The ritual demands care and patience. You will have to pay extra attention to every step and enjoy each and every process as much as you can.

For the slow brewing process, teas that are brewed from this pot tastes like heaven. They are richer and are less bitter, which many will like. Also, they have a smooth overall flavor. Tea specialists often test the quality of the tea by brewing tea in these pots. This pot is often regarded as the benchmark tool.

Other than that, the cast iron body can also retain the heat for an extended amount of time. That is why most of the hill climbers in the snow region use cast iron utensils.

As you have probably guessed by now, these teapots are not like the typical ones that you might have in your kitchen. The first step that you are bound to follow is to boil water inside it and throw it out a couple of times.

This step will make sure the scent of the cast iron is eliminated completely. However, if you still can smell the iron, throw in some ginger in the water and let it sit for a couple of minutes.

The ginger has some natural antioxidant properties that will remove the odor, and alongside that, it will also create a protective layer on the iron surface. So, even if you find no scent, we would recommend you to follow this step. 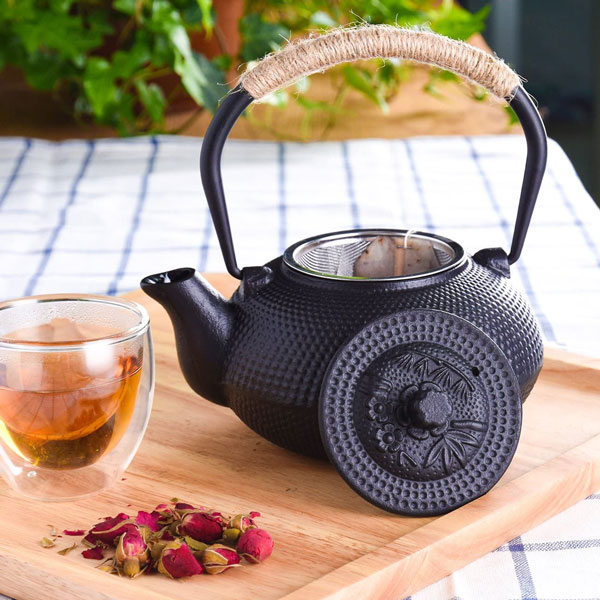 Other than that, another thing that you should keep in mind is never to add cold water. It will cause the iron to shrink, which will eventually make it crack over time. If you do want to add cold water, we would suggest you keep some hot water inside and then add the cold water.

Even though it is a tradition to use charcoal fires to brew teas in these teapots, that will not be accessible to everyone. Typical induction and gas stoves are safe, but what you should keep in mind is to keep the heat level to the absolute minimum.

If you rush in and increase the heat, you will not only have the traditional tea brewing experience but also will make the pot become brittle.

As you are not using traditional charcoal fire to heat the pot, you might notice that rust will buildup on the bottom. This buildup of rust is completely fine. However, if you want to remove the rust buildups, or if the buildup is too much, you can use green tea, which will eventually darken the exterior color of the pot.

The last thing that you have to keep in mind is to never leave water inside the kettle for an extended amount of time. If you do so, the rate of rust buildups will increase, and it may also cause the interior of the pot to rust.

Just like everything else that you own, you will also have to take proper care of the teapots, or else they will not last for an extended amount of time.

For the cleaning process, you should not use any coarse sponges because it will damage the interior of the pot. It would be best if you did not also use any detergents to clean the interior of the kettle. For the exterior rust, you can use a soft cleaning cloth that is absorbed with liquid green tea.

However, for the interior rusts, you can boil green tea leaves and oolong tea inside it and then leave the tea for a couple of minutes. These leaves will emit natural antioxidants that will break down the rust buildups and give a darker color.

If you take proper care of the teapots, they will last for an extended amount of time. In fact, the tradition of these pots is to act as an heirloom. Japanese people pass the same teapot from one generation to the other.

But Are cast iron teapots healthy?

Yes, they do offer some health benefits. The natural rust that the teapots develop over time is totally safe for consumption. Even many recipes in Japan use rust from nails to add color to the meals. So, you will not have to worry about a thing if you can see some rust buildups in the interior of the pot.

Alongside that, you are also going to get a free iron supplement with each brewing session. That means you will not have to worry about iron deficiency ever again if you have a cup of tea that is brewed from this teapot.

After going through the entire article, we hope that you are now more familiar with this traditional teapot than you were. Alongside that, we also hope that we were able to answer your question about are cast iron teapots healthy or not.

With that, we would like to conclude here by wishing you good luck and hoping that you have an enhanced tea brewing experience with your cast iron kettle.