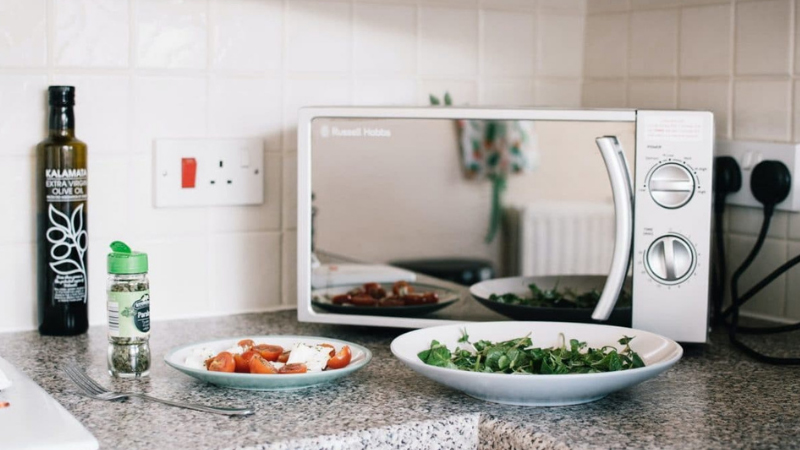 Technology has brought forth all the new inventions in this day and age that we cannot even think to live without now. Microwave and convection ovens are both the creation of such ground-breaking technologies.

Microwave vs. convection ovens have quite the difference between them. Both are ovens that we cannot live without in our day-to-day lives.

If you want to cook something, uniformly reheat something, or defrost something, then a microwave oven is your pal. Otherwise, for grilling, roasting, crisping, baking, and browning food, a convection oven is the best option.

Now, if you want to learn more about the difference between these two ovens, then read along till the end of this article.

Big one or a small one, no matter the size, most people have a microwave oven in their kitchen. We use it for different reasons. Mostly for cooking, defrosting, and reheating, we use this oven.

Using the water molecules that reside on the food, this oven heats food. This heating is done by using electromagnetic wavelengths. So, this way, food gets heated up easily in this oven. 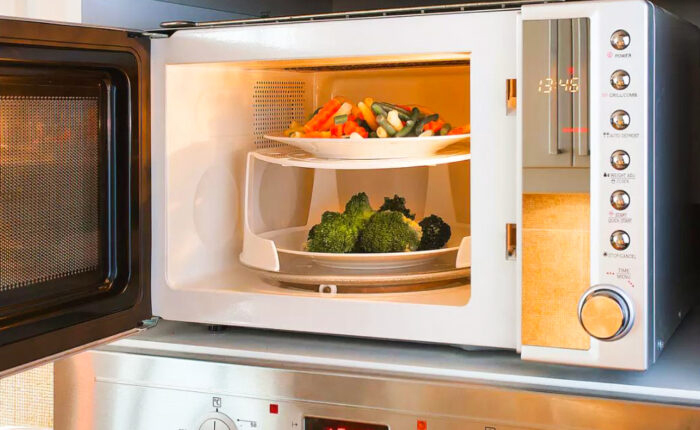 For cooking food uniformly, this oven is better than a convection oven. There are no cold and hot spots left on your food, and everywhere it is heated evenly in this oven.

If you are looking to defrost your food, then this oven is the best option for you. Food coming out from the freezer can be put into this oven without a single thought.

We can see a convection oven in almost every house nowadays. Baking, roasting, crisping, browning, and grilling food is so much easier done with this oven.

The technology used in this kind of oven is very simple, indeed. By heating food up using merely hot air that is circulated throughout the oven and around the food, this oven heats food. Using a fan, the oven circulates the hot air. 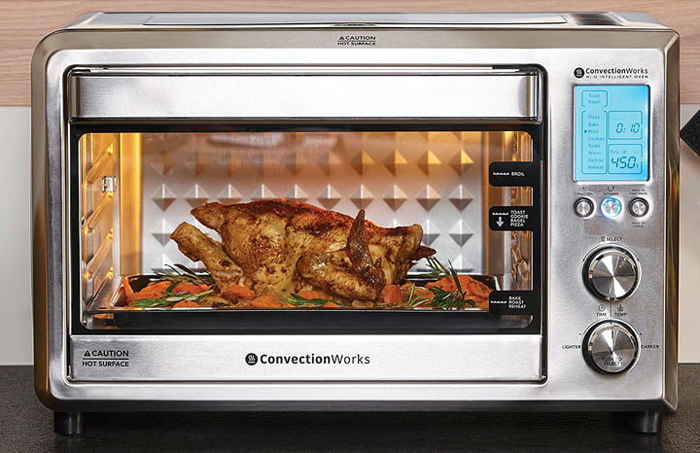 This oven does not leave any cold spots. It heats up everything fast and gives food a nice texture.

Instead of a traditional oven, you can use these ones. These two ovens are basically the same, so to speak. Easily this oven can brown, crisp, or caramalize food while keeping the insides of the food moist.

Some people prefer a convection oven over a microwave one as they roast, bake, or dehydrate food faster.

When it comes to preparing your meal, either you cook it or reheat it up. Either way, you can use an oven to do both of those things. 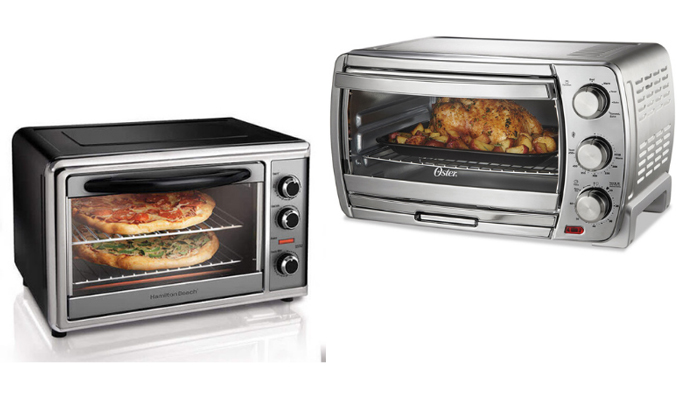 There are different ovens for different needs. A microwave oven and a convection oven are different from each other for a couple of reasons. Let us discuss them in more detail down below.

A convection oven heats up food by using a fan that circulates hot air around the food. 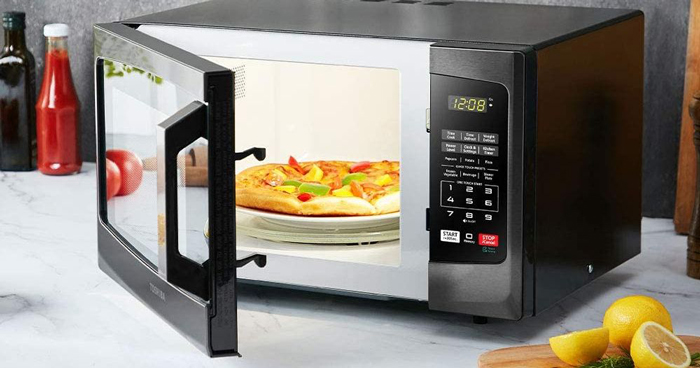 On the other hand, a microwave uses an electromagnetic wavelength to cook or heat up food.

As the different mechanisms of a convection oven and a microwave oven is evident, so is the method used to cook or heat food.

While a convection oven uses hot air circulated by a fan to heat up food, a microwave oven uses non-ionized radiation, which is absorbed by fat and water in the food, to cook food. 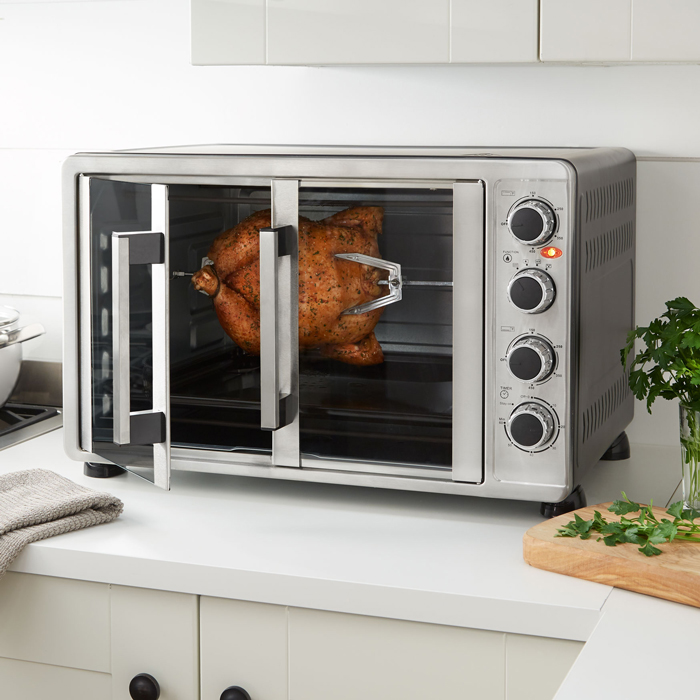 With a convection oven, you can brown or crisp food with the hot airflow generated by the fan. On the other hand, because the air inside remains at room temperature in a microwave oven, there is no brown or crispness to the food.

In both cases, preparing, cooking, and heating food is less time-consuming using an oven. But, when it comes to comparison between the two ovens, the convection oven takes much less time to cook food than the microwave one.

There is a difference between these two ovens in terms of temperature, and we have already discussed it. 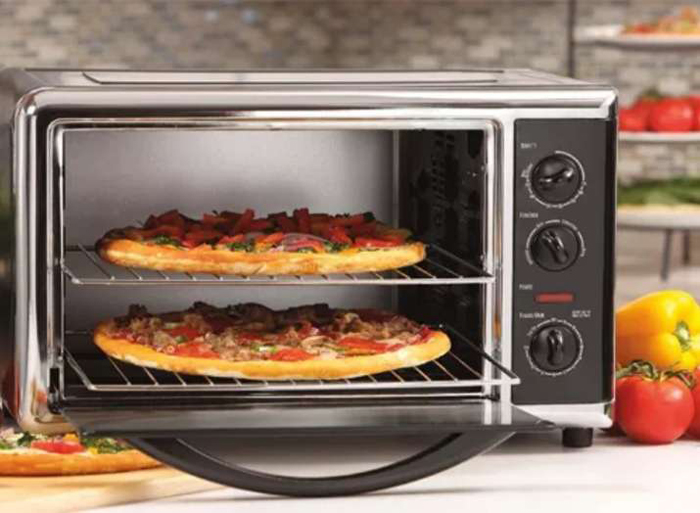 With the help of microwaves, a microwave oven cooks food. That is why it takes longer to cook and stays at room temperature inside. At the same time, a convection oven circulates hot air, which makes the temperature go up.

We cook food not only to survive but to enjoy it. With new technologies like ovens, we have come to an era where cooking food has become the easiest thing to do.

Microwave vs. convection oven may have many differences, but both of them are used daily by most people in the world. Differences between these two ovens lie in the temperature the ovens create, the time it takes to cook food, the machinery, and the cooking methods.